WordPress vs. Drupal: What Should We Use?

Home/Uncategorized/WordPress vs. Drupal: What Should We Use?

Released only a couple of years apart, WordPress and Drupal are big players in the CMS market but WordPress has gained a lot more popularity over the years. Its user base is almost 10 times that of Drupal – but is it 10 times better?

Like with any technology debates, each side has its loyal followers. As a WordPress advocate, you’ll be happy to know that I’ve done my research on both sides and will be presenting an argument for each here.

The answer in the WordPress vs. Drupal discussion really comes down to level of skill. And succinctly: Drupal has more features that are brilliant if you know how to use them, but useless and confusing if you don’t.

Let’s go into the detail.

A deciding factor on which to choose could be how easy it is to use. If you know you have limited knowledge of website development and you need to get to grips with your CMS straight away, put simply there’s no point in choosing Drupal. Its back end is a lot more complicated than WordPress’ user-friendly one. With WordPress, you can start blogging in minutes using the WYSIWYG editor.

Another advantage of WordPress is the brilliant community who are there to help you with queries. Such passionate people want to give others advice based on their own experience, which is great for learning how to make your website better. Drupal has a community too and it’s in no way small; it’s just smaller than the one WordPress has.

When it comes to upgrades – which WordPress does every 3-4 months – WordPress does this seamlessly without you needing to worry about a thing. Drupal’s upgrades don’t include the code. So again, you’ll need the developer knowledge to handle this. Some upgrades require a whole redesign.

If editing on the go, WordPress has a brilliant mobile app, which lets you write, edit, and post articles as easy as if you were on your laptop or PC. Drupal’s interface is responsive, so it’s also really easy to use; it just doesn’t have an app.

The easiest way to customize your website is through themes and plugins. Adding these takes it from being a blank canvas to something that fits your individual needs. WordPress is the winner here, as it has nearly 37,000 plugins and a variety of free and premium themes. The premium themes let you change almost every aspect of the website, making this is highly customizable option. 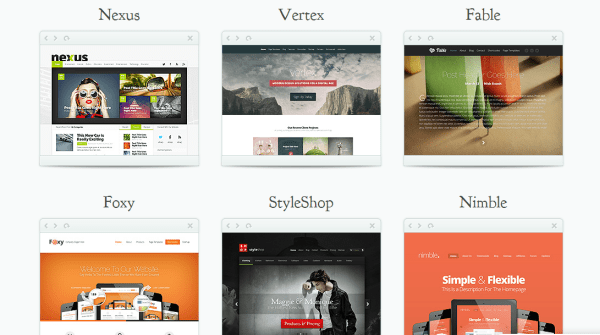 The reason why there are so many plugins is because the huge open-source developer community has developed them for their fellow WordPress friends. It’s these plugins that make WordPress so flexible. You can use WordPress if you want to run a simple blog, have a portfolio to share, showcase your business, or host an e-commerce store.

Drupal offers this flexibility on page types without the need for plugins. However, if you want the convenience of using a plugin, Drupal uses modules instead of plugins and the good ones don’t come for free. Plus, there are limited themes available, so you’ll need to seek out a designer to help you turn your site into something pretty.

A developer can create something that’s unique and data-rich through Drupal, whereas there’s always the possibility that your website can look like your neighbor’s (or competitor’s) if you opt for a free theme from WordPress. This can be the easy route – it’s customizable, but is it enough?

Drupal developers are less easy to get ahold of than WordPress developers and can therefore charge a lot more. They will have had to go through the steep learning curve of getting to know Drupal and they’ll be looking for payback. And remember, you’ll very likely have to fork out this expense unless you’re a technical whizz yourself and are able to build your own website.

They’re both free to download, but the premium plugins and themes for Drupal cost a lot more than WordPress, whereas there are a lot of free options on the WordPress market.

Bear in mind that if your website grows, you’ll need significant server resources to hold it up if using WordPress.

Drupal wins this round. WordPress’ many plugins can have vulnerabilities and be easily hacked, particularly if the website owner doesn’t update to the latest version or the plugin gets old. Or simply, hackers target WordPress because it is so popular. However, there is a paradox solution: install third-party plugins that increase your security.

Drupal can support anything from a one-page static site to something that has thousands of pages and thousands of readers reading those pages simultaneously.

As WordPress was originally designed as a blogging platform, its ability to handle really large volumes of content has been affected and can create a slower experience.

Which Does Google Prefer?

Search Engine Optimization isn’t platform specific but there are a few tricks that make one better than the other. Both have SEO built into them. It has been said that Drupal was built specifically to be search engine friendly but WordPress has a multitude of plugins that can enhance this.

Drupal’s pages tend to load faster due to its default caching features, and search engines put a preference on faster websites. Drupal is also able to handle larger amounts of content. A large volume of useful content is important for SEO.

One big difference between the two is how they handle mobile sites. Many of Drupal’s mobile themes run better off a subdomain, which creates two separate URLs to index in search engines i.e. www.yourdomain.com and www.m.yourdomain.com. WordPress doesn’t have this issue as most of its themes are mobile responsive.

If your website is to be used as a publishing platform and you need the ability to let multiple authors log in, create a profile, and post articles then WordPress is better for this.

There are various types of suggested authors, from Subscribed where you can simply view the content, to Editor who can edit other’s work. Of course, there are also the Admins who control the site. As an Admin, you can also edit the capabilities of each of the users and create new roles, making WordPress incredibly flexible in this area. You’re also able to add roles within Drupal, but there are fewer standard roles set up already.

Drupal comes with a basic revision solution, so multiple authors can work on an article at the same time and see the tracked edits. WordPress needs plugins to be able to do this, but there are many competent versions available.

Who Uses Each System?

Drupal boasts The White House and The Economist as users, whereas WordPress has The New York Times and CNN. Because of the varying benefits already discussed, WordPress is the obvious choice for creative websites and publishing content, and Drupal is good for those who need a stable and scalable website without prioritizing aesthetics.

Overall, developers take to Drupal because it is powerful and flexible, so they can work their magic on it and create their own solutions. Bloggers and small businesses that don’t have the knowledge or time and want something really simple to use will opt for WordPress.

It’s perhaps because of this reason – the larger proportion of bloggers and small businesses over developers and those who pay developers – that WordPress has so many more downloads than Drupal.

And The Winner Is…

I’ll leave it up to you to make your final decision as you need to consider what you’re using your site for and where you think you’ll be in the future.

For instance, if you’re a creative agency, you’ll want to project your unique designs, so Drupal might be your choice. Drupal comes in at the top again if you hold lots of data for your own company or clients, since security will be a top priority. And if SEO is part of your marketing strategy, Drupal will work best because of its ability to handle lots of content and provide a quick page load.

If you want to create a multi-author publishing platform, you’ll be better off with WordPress. Just make sure you’ve estimated how big your site will become, as Drupal can handle larger sites better. It’s possible to switch later once you’ve grown, but it’s obviously simpler not to.

The main factor – and it’s a big one – is the ease of use. If you don’t have the experience to develop your own website, or don’t have the time or money to pay someone else to, WordPress is the option for you. You can basically ignore the extra features of Drupal!

Drupal was designed with developers in mind and so the design possibilities are endless. Developers are actively encouraged to come up with their own solutions. But this developer-friendly aspect is intimidating for the lay-man, and so it’s a strength and a weakness at the same time.

Have you had experience of WordPress and Drupal and agree with the comparison? Would you consider switching between the two? Let me know in the comments below! 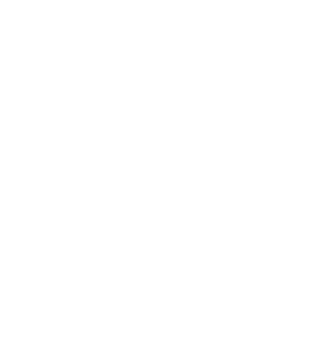 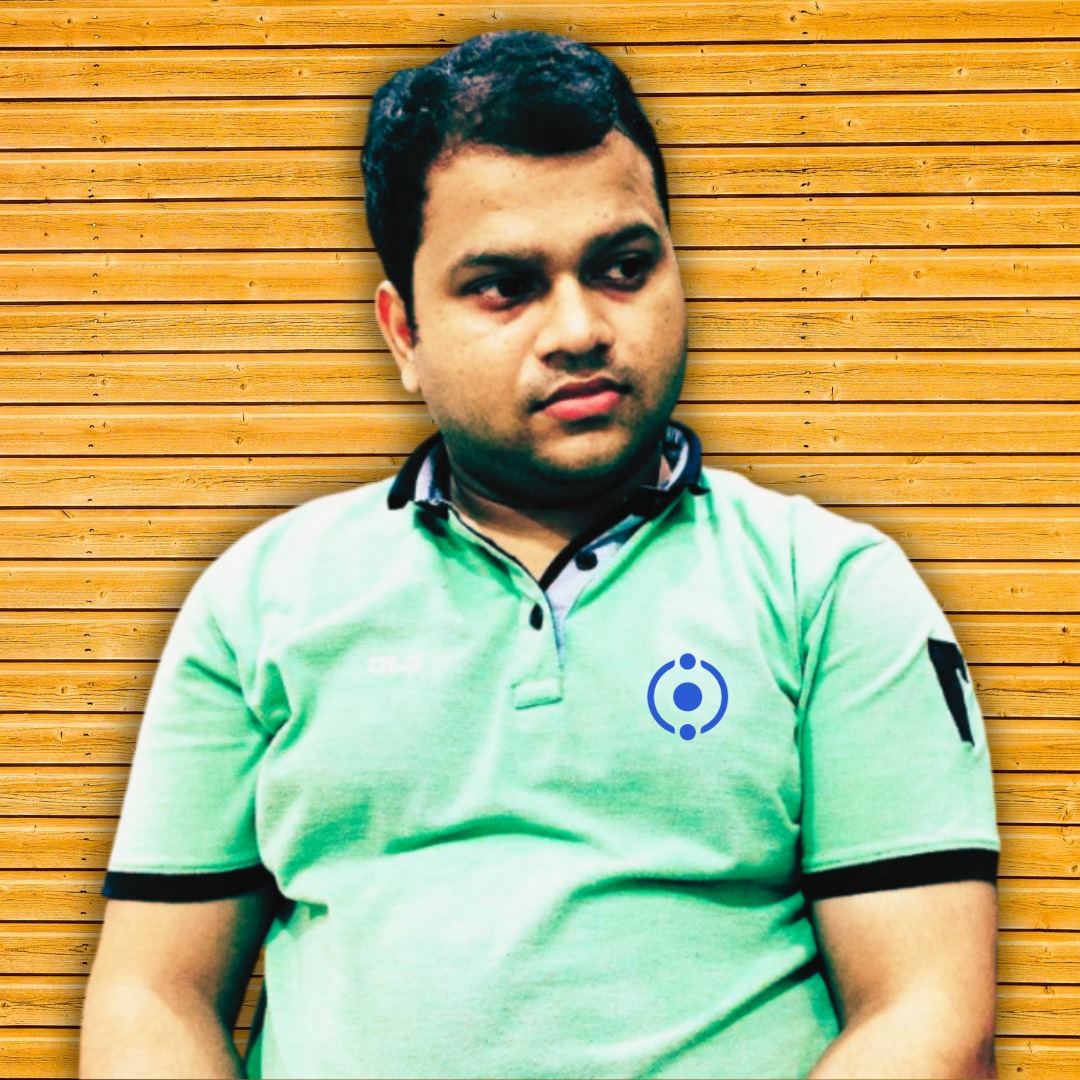